Some skin conditions may embarrass those who have them, not only for their appearance, but for their location and origins. Such is the case with genital warts, which, as the name suggests, are located in the genital region. We discuss what causes genital warts, the signs you have them, genital warts treatment, and whether these warts have greater consequences than visibility or skin irritation. 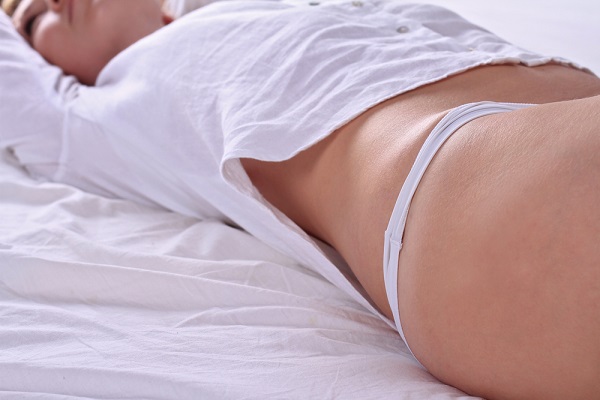 What Are Genital Warts?

Genital warts present as either a single bump or a cluster of bumps. They can assume a variety of appearances, resembling cauliflower tops or being flat. Flesh tones describe the general color. In some cases, the warts may go invisible.

These warts get their name because of where they appear and how they are caused. Females get genital warts around the vagina, cervix, or anus. While less likely than in females, males can also contract genital warts. When they do, the bumps appear on the penis, scrotum, upper and inner thighs, groin, or anus.

Those in the medical and scientific community have connected HPV to occurrences or risks of cervical cancer, as well as cancers in the penis, vulva, anus, mouth, and throat. These are places where the virus transmits during various types of sexual activity.

However, having genital warts doesn’t always mean cancer. In fact, nearly 90 percent of the cases of genital warts involve strands 6 and 11 of HPV. These types do not cause cancer. The much less common 16 and 18 strains can turn cells malignant.

Pregnant women may face complicated pregnancies and childbirths. Larger warts may interfere with urination, prevent the vaginal wall from effectively expanding such that childbirth proves more difficult, or bleed when the vaginal wall attempts to widen.

The sometimes lack of genital warts symptoms can cause carriers of HPV to continue risky behaviors. Often, the warts are so small as to elude normal visual detection. It may take several weeks to even months after exposure before the signs appear.

Those who have symptoms of genital warts typically endure itches, burns, or irritations in the affected areas. Bleeding from the warts may occur. Pregnant women may exhibit difficulty urinating. When they grow, the warts will appear bumpy or like cauliflower.

Genital warts diagnosis will likely start with a visual examination and detection of the characteristic bumps. If the physician suspects genital warts, he or she will send a sample for testing to get a confirmation that the warts are genital.

In women, the sample is collected through a Pap test. The physician opens the vagina with a speculum. Another tool retrieves some cells from the cervix which undergo a microscopic examination. Normally, physicians will not conduct this test for females younger than 30 years old. In particular, teen girls can more likely fight off HPV strains that otherwise could cause cancer.

Imiquimod, which also goes by Aldara, functions as an antibiotic for genital warts. It comes in the form of a cream that strengthens the body’s immune system to help fight these warts.

A number of medications can also eliminate the warts. Podofilox and podophyllin rely on resin as the active compound to keep genital warts from growing. Generally, patients can apply the former themselves, while doctors normally must handle the latter concoction. Due to its tendency to irritate and other properties, podofilox should not be used internally or by pregnant women.

If the physician opts for surgical genital warts treatment, the procedures include:

For people who engage in sexual activity, condoms can reduce the risk of contracting these warts. However, they are not full-proof. Thus, individuals should avoid sexual intercourse with those who exhibit signs of genital warts or other sexually transmitted diseases. Dental dams may offer some protection from those during oral sex. Again, the activity is strongly discouraged if one of the partners has an infection in the mouth or genital areas.

Having multiple partners can increase the chances of becoming infected with HPV. Those with weak immune systems can also find themselves susceptible. To maintain a well-functioning immune system requires exercise, healthy eating, and the avoidance of smoking and stress.

Genital warts can prove preventable, certainly for those who are careful during sexual activity. For those who are sexually active, intimate relationships with those who do not exhibit signs of warts make the chances lower, but not totally vanquished. If infection arises, patients must undergo genital warts treatment with considerable care to prevent further skin irritation. Leave us a comment down below to share your experience with these types of warts.