What is the Difference Between an Occlusion and a Malocclusion?

The classification of malocclusion comprises three malocclusion classes. Read on to see what they look like in the mouth, as well as a quick explanation of what a normal fit consists of.

Now that we have become familiar with the malocclusion classes, let us take a look at some of the real life examples that get classified. 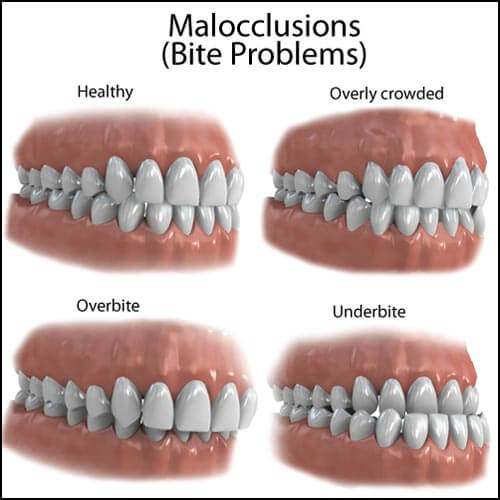 Do you have any sort of malocclusion that you recognize from these descriptions? Are you curious if you might have one of these malocclusions? Do you have further questions about the malocclusion definition or the various malocclusion classes? What do you think about these positions of the teeth in general? Leave a note in the comments section!