Cool Dental Facts, Including Which Canine Teeth Come In First

Did you know that all the teeth you'll ever have are fully formed by the 20th week of your gestation? That means that before you are halfway to being born, all the groundwork for your future smile is already present in your tiny mouth, even if they won't be seen until months or years after birth. As you go through your life, just like the rest of your body, your teeth grow and develop until they are fully formed.

How are your teeth formed? Is there a particular order they grow in? Why are molars so large? What is the purpose of the canine teeth, and why are they called that? If you want to wow your dentist at your next visit, keep reading to get answers to some of these questions and more.

When And How Are Your Teeth Formed? 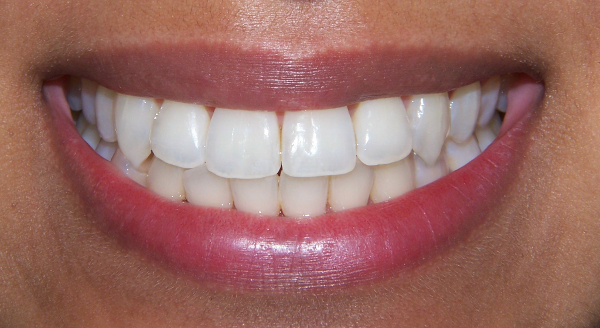 Your body began forming your teeth while you were in the uterus. In fact, the first signs of tooth calcification (formation) start at about 14 weeks in utero, and your first teeth to form are your central incisors. These are the top two middle teeth that will one day help you eat corn on the cob. At roughly 15.5 weeks in utero, your first molars are forming. These help you switch from eating corn to steak pretty easily. At 16 weeks in utero, the middle incisors each get a neighbor when your lateral incisors form.

After that, at 17 weeks in utero, the cuspids start to grow. These pointy teeth will eventually aid you in gripping and tearing your food. Together with their counterparts on the lower jaw, these teeth will ultimately go on to serve a greater purpose than just chewing food (although that is pretty important).

It's important to note that the teeth on the top of the jaw and the teeth and their counterparts on the bottom jaw all form at the same time. The order of eruption as children, however, is where the timing begins to deviate, although typically not by much.

What Are Canine Teeth And Why Are They Important?

The four cuspids are known by a few common nicknames. Some people refer to them as eye teeth because of their direct alignment with the eyeballs. However, these teeth are most commonly referred to as the canines. They get this name because of their similar appearance to the fangs of a dog. While human canines aren't as long and sharp as a dog's, they are the longest and sharpest teeth in the human mouth, which is why they are perfect for tearing food.

There are a few higher purposes your canines serve aside from food consumption. Their unique and prominent position in the mouth helps in a few different ways.

First, they are critical in the proper placement of every other tooth in your mouth. The canines act as posts that protect the middle front four teeth on each jaw (middle and lateral incisors, respectively) and ensure that the molars fall into line behind them. If you ever had a problem with teeth growing in the wrong way or overcrowding toward the front of your mouth, it may be due to a misaligned canine (or two or four).

The position of the canines also makes them essential in speech. They, along with their incisor neighbors, help your lips form words. Ever notice how your lips protrude out ever so slightly over the canines? That's because the canines are set forward just a bit to aid in keeping your lips elevated over your other teeth to help in the pronunciation and the formation of words. When you speak, take a look at where your lips tend to do most of the moving. Imagine trying to speak with your lips set flat against your front teeth.

Canines are also unique in that they have the longest roots of any other teeth, which make them the strongest teeth in your mouth. It's no coincidence then that their primary use in eating is shredding and gripping meat, and that they are vital in keeping your front teeth in place throughout your lifetime.

When Do Teeth First Appear and Why Is the Timing Important? 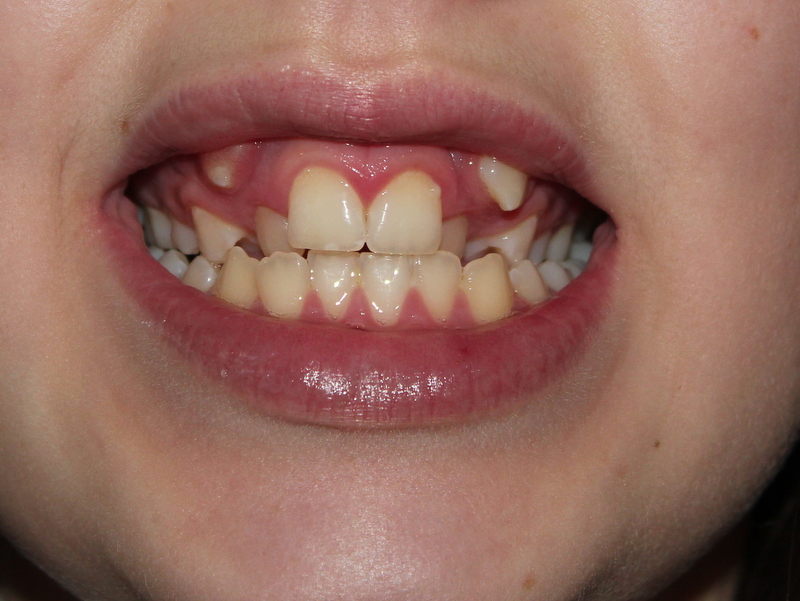 On average, babies begin cutting teeth around 6 months old. The age at which babies start teething can vary; however, 6 months is typical age. The process is painful for babies as little white teeth start to burst through whole pink gums. There are no preexisting holes or cutouts for baby teeth like there are when adult teeth replace them. Luckily, your baby teeth are typically the only ones that cause pain coming in, except in instances of impaction, or sometimes molars can cause discomfort.

Usually, the first teeth to come in are the middle front ones, or incisors. They usually burst through in various order, but typically the bottom teeth pop out first. After seeing those first teeth poke through, it seems like the rest crop up overnight.

The canines may not first appear until after the first molars do. Kids, on average, will begin to get their canines between 16 and 22 months old. This timeline makes them the last baby teeth to fully engage, with the exception of second molars, which don't come in until well after 2 years old.

As the canines come in and engage, their position pushes the other teeth in line with where they need to be. You may notice your child's fangs start appearing well up in the gum line, and they may even be completely visible before ever breaking the actual gum surface down in their final position. This glimpse may be unsettling for some parents because it may appear they won't have space or be stuck in this position. However, this happens to be a relatively regular occurrence, and in a very short time, you'll notice the end of the canine poking through right where it should be.

When it does finally drop into place, it shifts the molars back and sets the front four teeth on both jaws tighter into position. At this time you may notice gaps closing between the front teeth. Your child will also start looking less babyish and more like a little boy or girl. Thank the canines for that: their presence is what causes the lips to protrude out in a more angular fashion.

While there usually isn't any problem with baby teeth coming in, there may very well be issues with the permanent set.

When Do Permanent Canines Come In?

As children grow, they typically encounter wiggly teeth starting about 5 or 6 years old. The first teeth to go are the front middle four again. The newly created empty spaces are left behind so the permanent teeth have a place to slide into.

Think about the size difference, however, between baby teeth and permanent teeth. Is that space going to be there by the time the permanent tooth comes down? How is it going to fit when the surrounding teeth are still there?

Many times when your child has a wiggly tooth and loses it, the permanent tooth is right behind it. In fact, many children lose teeth with the shiny new chicklet already poking through in its place. With larger teeth comes the need for larger spaces. When permanent teeth come in, they often force other teeth to shift. Think about the role of the canine teeth as the bookend or placeholder. Their placement ensures that teeth go in the general area they need to be. Thus, if your child loses all four front top baby teeth in one weekend, rest assured that the canines will help guide the new ones into place and keep the molars from taking over.

The order in which baby teeth typically came in is the same one usually followed for permanent teeth. As such, the adult canines are the last to come in, usually between 11 and 12 years old, and often coincide with the arrival of the second molars. The adult canines are even stronger than the baby ones and resume the position left vacant by their predecessors.

Your canine teeth will bear the brunt of many things in their lifetime. They will grip, tear and shred food, especially meats and crunchy veggies. They will keep your lips from sagging and maintain the arch of your jawline. They will act as guideposts for incoming teeth, and once everything is in place, they will serve as guardians of your front teeth. Their long roots give them extra strength, and their position makes them the first line of defense against a hard surface or object should you take a tumble or a ball to the mouth. Because they jut out just slightly, in some instances, they will successfully protect the front teeth from being knocked out. Sometimes, though, even they aren't able to do it all. If you maintain proper dental health and hygiene practices, your canines, along with all the teeth in your mouth, will be around to serve you well into the later years of your life.